A masterwork. Far and away
the best thing I’ve seen.” 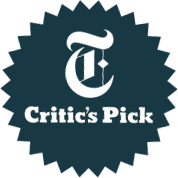 Hailed by The New York Times as “a genuinely epic production,” The Lehman Trilogy comes to Broadway after acclaimed, sold-out runs at London's National Theatre, the Park Avenue Armory, and in London’s West End. The story of a family and a company that changed the world, The Lehman Trilogy unfolds in three parts over a single evening.

On a cold September morning in 1844, a young man from Bavaria stands on a New York dockside dreaming of a new life in the new world. He is joined by his two brothers, and an American epic begins. 163 years later, the firm they establish – Lehman Brothers – spectacularly collapses into bankruptcy, triggering the largest financial crisis in history.

Book now to witness this "theatrical tour de force" (National Review) from the National Theatre and Neal Street Productions. The New York Post suggests “you dare not miss it. Do anything you can to get a ticket.”